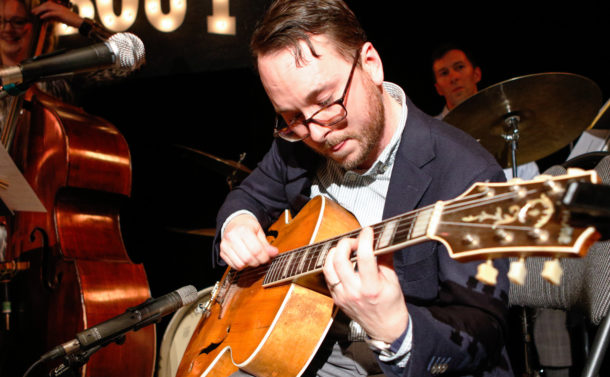 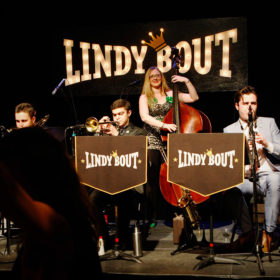 Busy BC-bred / NYC-based bass player, vocalist, bandleader, and arranger Jen Hodge is a versatile musician who can be found playing with a wide variety of artists all over the world. Jen’s playing is characterized by hard swinging grooves, an expressive and energetic playing style, and an evident, infectious love for making music. Her steadfast bass playing and consummate professionalism have taken her to stages all over Canada, the USA, China, Spain, France, the UK, Sweden, and the Caribbean. Before her recent relocation to New York, Jen spent 17 years in Vancouver, where she developed a very strong bond with the local swing dance community, performing regularly at dances, fostering a scene at Guilt & Co., and playing bass on a great many of the city’s trad jazz and swing events, whether as a bass player or bandleader. Jen is over the moon to be returning to Vancouver for Lindy Bout XV. 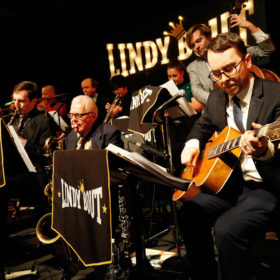 The Josh Roberts Orchestra was founded as an eight-piece orchestra in 2014 for Vancouver’s local Frankie 100 celebrations, expanded into a ten-piece, hard-swinging big band in 2016 for Lindy Bout X, and became a 15-piece force of nature in 2017. The band features the music of Count Basie, Jimmie Lunceford, Chick Webb, and many other greats of the thirties and forties. With the polished skills of an all-star cast of band members, the end result is a repertoire stacked with irresistible high energy music that sends you right back to the Swing-era dance halls. 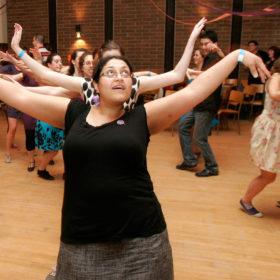 Julia Franta, known as DJ Frantana to some, shiny shoes to others, hails from Victoria. Julia began DJing out of curiosity, trying out her chops at a fresh meat night many years ago. It went well and curiosity turned into a love for DJing and the music that makes us want to dance. 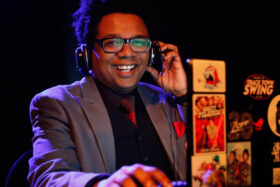